Ten years ago, the city of Dallas, Texas released a visually impressive, 76-page bicycling master plan.  An official overview of the plan proclaimed it to be “community-driven” and “innovative.”  It named the many agencies and dozens of committee members who formulated the report, thanked the many additional unnamed staffers who assisted in preparing it, and extended special appreciation to other commissions, task forces, and community stakeholders for their input.

The plan envisioned, among other things, “[a] safe, efficient, connected bikeway system for all of Dallas,” which would promote a cycling culture with cycling as a viable transportation, recreation and exercise option, improving the health and happiness of the community. Over 800 miles of on-street bikeways were planned.  Colorful maps showed a dense web of bikeways throughout the city.  Even the lowest-priority routes were to be completed by 2021.

Almost none of the plan has materialized: as reported by the Dallas Observer, only 11% of the network has been built, even though it was supposed to be almost entirely built by now.  The plan contemplated a “bicycle advisory board” that was supposed to track progress annually, but no such board was created. And the plan wasn’t adequately funded.  Initially, the annual budget for bike infrastructure was a mere $500,000—little more than the $370,000 it cost to develop and write up the master plan document itself.  What little was done tended to be done on the cheap, consisting primarily of “sharrows,” painted arrows on streets indicating that cars should share the right of way with bikes.

Unsurprisingly, few Dallas citizens cycle regularly as part of their day-to-day activities.  For example, only about 1 in every 500 Dallas residents commuted to work by bike in 2019 according to data from the Census Bureau’s American Community Survey, and the numbers had not increased over the past five years.  Anecdotes from the few cyclists that brave Dallas’s streets suggest that it can be a harrowing experience.

In short, the Dallas cycling master plan probably hasn’t done much to improve health and happiness for the city’s 1.3 million residents.

In retrospect, there were red flags in the Dallas master plan.  Although the plan acknowledged that “[f]ear of motor vehicle traffic is the biggest barrier to more bicycling,” it indicated that most of the planned on-street network would consist only of “installation of the minimum bicycle facility designation, the shared lane marking.”  The sharrows, in other words, were the plan.  Research conducted since suggests that sharrows are relatively ineffective at improving safety and encouraging people to cycle.  The city now says it is concentrating on creating protected bike lanes rather than maximizing the mileage of its network—a step in the right direction for cyclist safety, perhaps.

And although the plan envisioned an additional network of 460 miles of off-street bikeways “[a]t full buildout,” in small print in an asterisked footnote it acknowledged that these “[o]ff-street facilities were not evaluated as part of this project.”  As we have noted, most cyclists prefer to ride on routes that are physically separated from motor vehicle traffic, and new and inexperienced cyclists tend to prefer off-street infrastructure such as shared-use paths.  In a city such as Dallas where cycling rates are very low, a plan to develop a strong cycling culture probably should have considered the kinds of infrastructure most likely to attract new cyclists.

Phoenix, which published a similar cycling master plan in 2014, may be executing its plan better than Dallas has.  The city recently reported that in the past year it had constructed 32 miles of bike lanes and upgraded 34 miles of bike lanes to buffered bike lanes.   But it built only 6 miles of shared-use paths and added physical protection to only one mile of lanes.  Is the strategy of expanding the bike lane network through mostly unprotected bike lanes working?

Maybe not.  The census data showed that the percentage of Phoenicians who cycled to work actually did not increase from 2014 to 2019.  This suggests that the master plan didn’t do much to start developing a strong cycling culture in its first five years.  It’s not entirely clear why that is, but it could be a problem that Phoenix cyclists, particularly less experienced ones, have few options other than on-street bike lanes with no physical protection from car traffic.

It’s not uncommon for a well-funded plan to offer detailed, informed recommendations that are never implemented. This has been one of the biggest concerns among those who conduct health impact assessments in Arizona: the health impacts of a policy are often carefully evaluated and reported but may not be considered. And when long-term goals stretch beyond terms of office and even careers, subsequent generations of city officials may not share the priorities of their predecessors or even know what occurred before their time. We will have more to say in upcoming posts about the reasons why beneficial public health policies are too often planned but not successfully implemented. 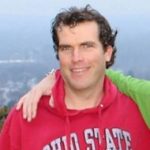