On September 23, a Pima County Superior Court judge vacated Planned Parenthood’s injunction against the Arizona Attorney General that for nearly fifty years had prohibited the Attorney General from enforcing A.R.S. § 13-3603, a 100+ year old statute that bans abortions except to save the life of the mother.  The court based its ruling on the fact that Planned Parenthood did not dispute that the basis for the injunction–the U.S. Supreme Court’s Roe v. Wade decision–had been reversed.  And late last week, the court denied Planned Parenthood’s request that the court stay (delay) the effect of its ruling pending appeal.

The Attorney General has a new argument of how to reconcile A.R.S. § 13-3603 with newer statutes, but it makes little sense

All along, Planned Parenthood has argued that Arizona’s old statute banning all abortions, A.R.S. § 13-3603, should be read in harmony with the many newer statutes passed since Roe that provide for a regime of heavily regulated but legal early-term abortions performed by licensed physicians.  Originally, the Attorney General countered that all the laws passed since Roe were intended to be effective only if a constitutional right to abortion existed, and now that the Supreme Court has eliminated that right, all the statutes that have been passed since Roe should be ignored–including Arizona’s 15-week law, A.R.S. § 36-2322, which was just passed earlier this year.

But after Governor Ducey reiterated that the 15-week law is “the law of the land,” the Attorney General’s argument shifted to attempt to reconcile his stance with the governor’s.  The Attorney General now says that A.R.S. § 13-3603 and the 15-week law “can (and now do) coexist, allowing prosecutorial discretion as to which law will be charged when both are violated.”

If what the AG argues were true, then the harsher offense in § 13-3603 would be the only available offense if the doctor performed an abortion before 15 weeks, but there would be an option of charging the more lenient offense in the 15-week law if the doctor performed the abortion after 15 weeks.  This is absurd; why would prosecutors have an option of punishing doctors who perform late-term abortions with a lesser offense, but not have that same option for doctors who perform early-term abortions?

There is no rational reason to have a more lenient offense available for late-term abortions that is not available for early term abortions.  To be sure, there are many circumstances in which certain conduct can be charged under two or more criminal statutes, giving a prosecutor discretion to charge a defendant under either.  But a court applying settled principles of statutory interpretation is unlikely to conclude that this is one of those circumstances.

Planned Parenthood interprets the conflict between § 13-3603 and the 15-week law much more sensibly:  in its express language, the 15-week law applies only to licensed physicians, so that is the law that should apply to them, according to Planned Parenthood.  If a licensed physician performs an abortion after 15 weeks with no medical emergency, they could be charged under the 15-week law.  Section 13-3603 would apply to everyone else.  Courts typically resolve conflicting statutes this way: they assume that the legislature intends all the laws it passes to have effect, and interpret the laws in the most sensible way that gives all laws some effect in some set of circumstances.

Planned Parenthood is not arguing for a repeal of § 13-3603, as the Attorney General claims

The Attorney General is either just misstating Planned Parenthood’s position, or it misunderstands what implicit repeal means.  “Repeal” means to revoke or annul a law.  Explicit repeal is when the legislature explicitly states that it is repealing a law.  The law is revoked, no longer exists as law, and has no prospective effect.  Implicit repeal occurs when the legislature has not explicitly repealed the existing law, but the existing law might as well have been explicitly repealed because other laws are interpreted in a way such that the existing law never has any effect in any circumstance.  Clearly, that is not what Planned Parenthood is arguing.

For the same reason, Planned Parenthood’s interpretation is consistent with the directive in the 15-week law that it doesn’t repeal § 13-3603. The court’s ruling suggests that the judge believes otherwise; the judge cited the legislative directive without comment as if it speaks for itself and compels a conclusion that Planned Parenthood’s interpretation is wrong.  The judge may also simply misunderstand what implicit repeal is.

The court denied Planned Parenthood’s request to modify the injunction to protect doctors from prosecutions under A.R.S. § 13-3603. But the court did so on procedural grounds–not on the substance of the law.  The court found that “reconcil[ing] fifty years of legislative activity” would be “procedurally improper,” because the controlling complaint in the case requested the injunction on only constitutional and not statutory grounds.

The court thus did not clarify the state of Arizona abortion law; the court effectively punted on that issue.  Indeed, the court said that any “legal questions the parties seek to resolve regarding Arizona statutes on abortion … are not for this Court to decide here.”  To get a ruling clarifying the law, the court stated that Planned Parenthood could “amend its complaint after relief is granted, or file a new action to seek relief it believes appropriate.”

And it seems very likely that the trial court will rule against Planned Parenthood on the abortion law issue.  Despite the court’s statement that it would be procedurally inappropriate to rule on the abortion law issue, it nonetheless briefly weighed in on how the conflict in abortion statutes should be resolved, indicating that it did not agree with Planned Parenthood that physicians can legally perform some abortions under the current state of the law.  The court noted that (1) § 13-3603 contains no exception for physicians, (2) the legislature had “repeatedly disclaimed” that the statutes it had passed since Roe v. Wade were “creating a right to an abortion,” and (3) the 15-week law “specifically stated the statute did not repeal A.R.S. § 13-3603.”

It is not clear why the court commented on the state of abortion law when it believed that making a ruling on the law was inappropriate given the posture of the case.  Perhaps it was trying to get the controversial case off its plate by discouraging Planned Parenthood from amending its complaint or otherwise continuing to pursue relief in its courtroom.  Indeed, amending the complaint would seem futile, at least in this court.  And even if Planned Parenthood were to get the procedural issue reversed on appeal, that would put the statutory conflict issue right back before this same court, which has already signaled it would rule against them on that issue.

An appeals court won’t defer to the trial court if the trial court ruling depends on an incorrect interpretation of the law, however, and Planned Parenthood has a good legal argument.  It just makes no sense that there are dozens of laws regulating abortion on the books, including the 15-week law, if all abortions are banned.  But it may take awhile for that argument to get to an appeals court.

The Attorney General has gotten his way–for now

The only thing that really has been clarified is that state prosecutors are now free to apply their own interpretation of the state’s abortion laws without fear of violating an injunction.  The ruling, and the denial of Planned Parenthood’s requested stay, paves the way for the Attorney General to attempt to enforce § 13-3603 against licensed physicians who perform abortions, as current AG Mark Brnovich has signaled he will do.  Abortion providers are unlikely to call the Attorney General’s bluff, given the substantial prison sentences imposed by the ban.  Thus, abortion is effectively banned in Arizona until or unless a court or the legislature clarifies the law, or the Attorney General’s office takes a different stance.

You can find our previous legal analysis of Arizona abortion laws here and here. 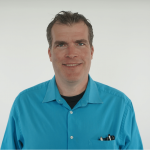