The Opioid Epidemic: Harm Reduction is the Path Forward

In 2020, 93,000 Americans died from drug overdoses, according to the CDC.  That’s 30% more than 2019. These deaths highlight the trend of increasing overdose deaths over the last decade, and indicate that the crisis is further intensifying. Last month, the CDC announced that it recorded over 100,000 drug overdose deaths in a 12 month period, for the first time ever. This is a record that we need to stop breaking.

Overdoses resulting from non-prescription drugs, notably methamphetamine and cocaine, increased, but the majority of deaths were a result of opioids, such as heroin and fentanyl. The COVID-19 pandemic was a catalyst for mental health issues and substance abuse, and may be attributable to the spike in overdoses last year. This blog will examine the historical background of the opioid crisis, current strategies to remedy the issue, and what policy changes should be implemented to continue the shift toward harm reduction and recovery.

Fentanyl is a synthetic drug similar to morphine (heroin also is derived from morphine, but is the illegal form) classified in the opioid family, used for pain management but often abused due to its extreme potency and addictive properties. Fentanyl is problematic because it is commonly laced into other drugs. Fentanyl contamination can cause overdoses in an unsuspecting drug user; many people who overdose due to fentanyl contamination do not take enough of the drug they were intentionally consuming to cause an overdose. In 2020, 57,000 people died from synthetic opioids (fentanyl) compared to 13,000 overdose deaths from heroin.

How did we get here? In the 1970’s, the ‘War on Drugs’ launched by President Nixon criminalized people who used illegal drugs, and put them in jail, instead of directing them to healthcare services. This stigma surrounding drug use kept people quiet about substance use disorder, and in this silence many people died due to preventable drug overdoses. Dr. Nora Volkow, head of the National Institute on Drug Abuse, says that “the best outcomes come when you treat the substance use disorder [as a medical condition] as opposed to criminalizing that person and putting them in jail or prison.” The numerous overdose deaths during the War on Drugs, and since that period, demonstrate the remaining stigma and barriers to treatment that remain, and the need for implementation of harm-reduction strategies of substance use disorder treatment.

Thankfully, emergency care and prompt administration of Naloxone in the case of an opioid overdose can save lives. Naloxone is an opioid antagonist that restores regular breathing patterns when someone has slowed or stopped breathing during an overdose. But access to this live-saving drug is limited in some places, and many people face stigma while seeking care. These barriers to treatment can be reduced with implementation of compassionate harm-reduction strategies in healthcare and easily accessible Naloxone, including among people under the age of 18. It is important that minors have access to naloxone prescriptions since many instances of substance use disorder start in adolescence, and about 10% of overdoses occur in people less than 26 years old.

Harm reduction methods include access to safer drugs to keep people with addiction alive. They emphasize compassionate care that meets people where they are at. Because street drugs are often contaminated with fentanyl that could kill an unsuspecting user, some communities provide facilities for users to test their drugs or even provide users a safe supply of a drug at supervised consumption sites. This service treats their addiction as a chronic illness, and can guide them toward futher treatment and recovery services if the user wants to stop using the drug. Another risk comes from sharing needles. Needle exchange programs are another common harm reduction strategy often endorsed by the public health professionals to reduce the risk for HIV/AIDS outbreaks in drug-using communities. Many harm reduction programs are started and run by former drug users with connections in the community.

However, opponents of these programs believe they enable addiction, and they are banned in many parts of the country. For example, policy makers in Indiana and West Virginia recently shut down needle exchange programs despite evidence that the programs were helping slow HIV outbreaks. According to the National Institute on Drug Abuse (NIDA), injection drug use accounted for 33% of HIV/AIDS cases in adolescents and adults, and over half of cases at birth. Needle exchanges and safe consumption spaces are harm reduction practices that reduce the risk of HIV and hepatitis, while keeping the dignity of the individual intact. In North Carolina, there are many laws in place to protect syringe access programs, keeping these services legal and safe. For example, it’s Used Needle Disposal bill says that “anyone who declares a syringe or sharp object to a law enforcement officer prior to search cannot be charged for possession of the object or for any drug residue inside the object” and mandates the creation of local programs for safe disposal of used syringes.

Naloxone distribution is another harm reduction strategy that is more accepted throughout the country, primarily due to the fact that it is used to reverse an overdose and save a life, rather than contribute to safer drug use and prevent an overdose as needle exchanges and contamination testing do. The key to public health interventions are prevention, thus more policies are needed to protect these harm reduction programs and the drug users themselves.

In addition to saving lives, harm reduction programs (and increased funding for these programs) also addresses racial disparities since between 2015 and 2018, “overdose deaths among Black Americans more than doubled (by 2.2 times) and among Latinx people increased by 1.7 times while only increasing among white, non-Latinx people by 1.3 times.”

Also, investing in harm reduction strategies such as needle exchange programs and naloxone distribution are cost saving as well as life saving. The financial cost of treating HIV/AIDS greatly impacts the US healthcare system, and the CDC reports that “the lifetime cost to treat a single case of HIV is $380,000 in 2010 dollars and the cost to cure a patient of hepatitis C is approximately $64,500.”  A 2010 study estimated that “the medical savings from infections averted by US prevention programs from 1991-2006 [were] $129.9 billion with 361,878 HIV infections averted,” thus demonstrating again the financial value in prevention programs.

In the past year, there have been increasing efforts to invest in harm reduction strategies. In July of 2021, Congress allocated $69.5 million for the CDC’s Infectious Diseases and Opioid Epidemic Program to expand access to syringe services programs–a 435% increase from last year’s budget of $13 million. This is a historic moment for harm reduction program funding and protection on the federal level, as most of the time these programs are implemented and managed at the state level.

Many states have also adopted harm reduction policies. Colorado made several changes in their laws to allow minors to receive harm-reducing treatment.  The new laws allow “naloxone to be prescribed and dispensed to third parties–individuals who are not themselves at risk of an overdose but may be in a position to assist those who are–and via non-patient specific standing order, whereby the medication may be dispensed to any individual who meets the criteria specified in the order.” Physicians can also now treat a minor for substance use disorder without the parent’s consent–an exception to the general rule that minors cannot consent to their own medical treatments.

Last year, Oregon passed Measure 110–the Drug Decriminalization and Addiction Treatment Initiative. This measure decriminalized personal/non-commercial drug possession–including heroin, cocaine, and methamphetamines–making the consequence of this possession paying a $100 fine or completing a health assessment that is conducted through addiction recovery centers and includes a substance use disorder screening by an alcohol and drug counselor. This landmark bill sets the standard for decriminalizing personal possession of drugs and treating drug abusers as patients with a chronic illness rather than criminals. Theshia Naidoo, managing director of criminal justice law and policy at Drug Policy Action, summarized this idea perfectly in the context of Oregon:

“Oregonians have always been early adopters of drug policies that shift the emphasis towards health and away from punishment. The idea behind this groundbreaking effort is simple: people suffering from addiction need help, not criminal punishments. Instead of arresting and jailing people for using drugs, the measure would fund a range of services to help people get their lives back on track.”

Arizona Senator Christine Marsh made national news for proposing a bill (Senate Bill 1486) after losing her son to a fentanyl overdose–a single laced Percocet pill killed him. This bill legalizes fentanyl testing strips by reclassifying them from their current status of “drug paraphernalia.” Naloxone is currently legal for community distribution in Arizona, but Marsh’s bill may prevent many overdoses from happening in the first place by making testing strips accessible. This bill was signed into law by Governor Doug Ducey in May.

In California, Governor Gavin Newsom signed the Pharmacy Access Bill (AB 2077) into law, which extends for five years a pilot program that protects pharmacists’ ability to provide sterile syringes without a prescription and allows adult possession of syringes for personal use in efforts to slow the spread of HIV, hepatitis B and hepatitis C. The continuation of this measure shows that lawmakers recognized that providing clean needles prevents infectious diseases among injection drug using communities. Also, the bill “further requires pharmacists to inform consumers on safe disposal of syringes and provide them with access to disposal containers along with educating them on HIV and hepatitis prevention, treatment and testing.”

The disturbing increases in overdose deaths in recent years highlight the necessity of integrating harm reduction strategies into mainstream policy and healthcare. We need to destigmatize addiction and harm reduction in order to remove barriers to seeking treatment, accessing preventative tools, and engaging with healthcare providers without fear of negative consequences. No one should have to suffer alone, and harm reduction makes that reality possible. 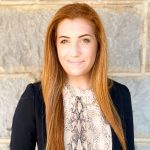 Erin Green is a University of Arizona senior working with the Applied Health Policy Institute for her internship. She is majoring in public health with a minor in government and public policy. Erin is very involved with the university community; she serves as a Campus Ambassador and has a job working on communications at the MEZCOPH Administration Department. She also did and internship at the Asthma and Airway Disease Research Center. Erin is particularly passionate about youth mental health, especially for LGBTQ people and would like to improve communities through policy and health communications.